From Pottery to Poetry – StAnza Festival 2019

This week Alison Hadfield explains how we are using the Bridges Collection to inspire creative writing at the annual StAnza poetry festival in St Andrews.

Once again St Andrews is buzzing with the sound of poetry as Scottish and international poets, writers, performers and fans come together to celebrate poetry in all its forms. The theme for this year’s festival is ‘Another Place’, providing a fantastic opportunity for MUSA and the School of Classics to collaborate with StAnza on events inspired by our research and collections.

At the ‘Metaphors of Displacement’ colloquium on Wednesday morning, Michael Carroll, Rebecca Sweetman (School of Classics), Natasha Saunders (International Relations) and poet A.E. Stallings brought renewed attention to the ongoing refugee crisis in the Mediterranean region. The wide-ranging discussion focused on impact of metaphors used to describe displaced people and explored the impact of forced migration on individual and group identity. The speakers drew upon works of ancient and modern poets, including Aeschylus, Ovid, Giorgos Seferis, and A.E. Stallings to debate the challenges of expressing experiences of exile through the written word.

This was followed by a hands-on creative writing workshop in the afternoon, responding to archaeological material from the Bridges Collection. We were lucky to have poet, performer and writer Hannah Lavery at the helm, injecting her playful humour into the session and encouraging us to leave more conventional interpretations of the artefacts aside. Picking up on the theme of displacement, we had selected four small, portable artefacts that people might choose to take with them if forced to leave home. These were: an Iron Age aryballos or perfume bottle (about 600-500BC), a Hellenistic baby feeder (300-50BC), a prehistoric seal stone and an oil lamp probably dating from the Hellenistic period (300-50BC).  Hannah liked the fact that these were clearly very personal items that could be worn or carried easily in the palm of a hand. 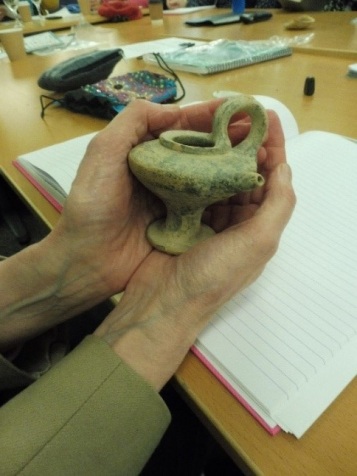 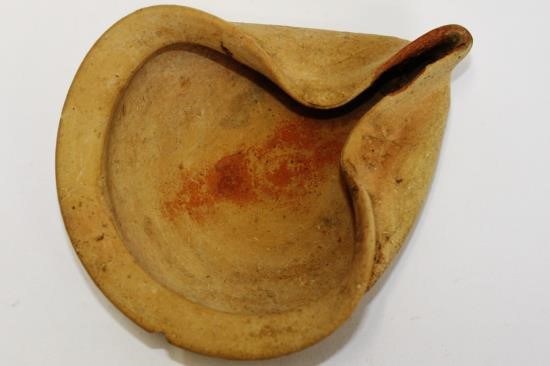 As there is virtually no information on the original context of the Bridges artefacts, it is of course impossible to be sure how and by whom they were used. Whilst this can be incredibly frustrating for research and teaching, there is nonetheless an element of mystery which hooks people in, and allows the imagination to roam. This was precisely Hannah’s intention. Her workshop was designed to provide ‘a slow reveal’ of the objects allowing participants to create their own meaning and stories to ‘fill the gap’ in our knowledge. To add to the suspense, the objects were concealed in individual bags and initially the group was only allowed to explore them by touch. This led to some wonderful descriptions, transforming the engraved sealstone into a ‘curled bud’ and most unexpectedly, the oil lamp into female genitalia ‘possibly for instructional use’! It made for a brilliant poem, but I doubt I will look at the lamp in quite the same way again… 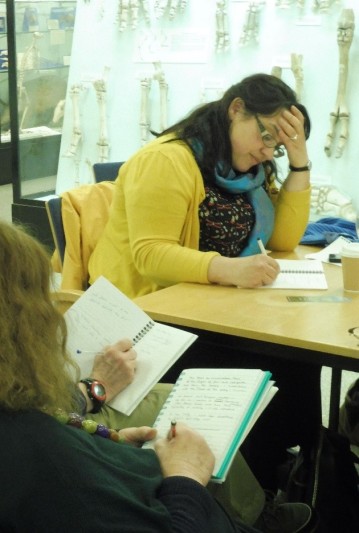 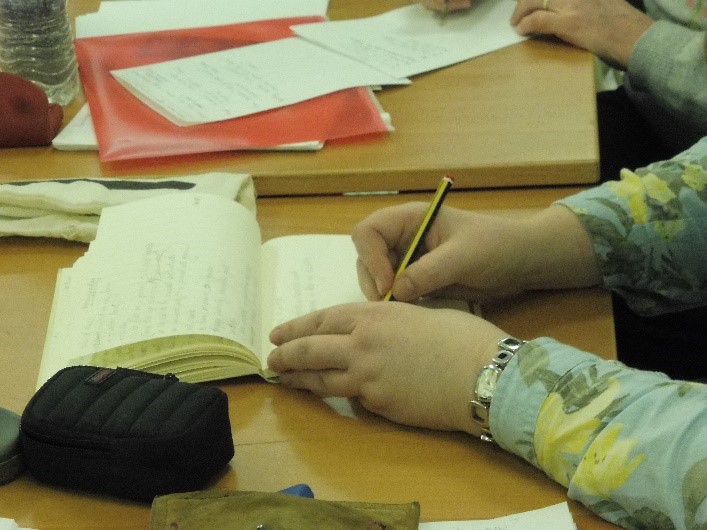 Museum collections are by their nature, ‘metaphors of displacement’. They comprise objects which have been uprooted, re-purposed and re-interpreted in a world which is often very different from the one they originally inhabited. Hannah asked the group to consider how it might feel to be one of the artefacts at the point of discovery, and it was wonderful to hear the voices they were given; some were grumpy at being disturbed or confused to be ‘touched but not seen’. As always, I was amazed by the quality and diversity of the poetry written in such a short stretch of time and we hope very much that the writers will send us their finished work! At the end of the workshop Rebecca revealed the objects and explained what we actually know about them – stories that sometimes intersected with and sometimes diverged from the writers’ responses.

Lastly, we were very excited to be involved in further commissions of new poetry this year. Eight different poets responded to a selection of artefacts from the University’s ethnographic, zoological and archaeological collections and their work forms part of the digital installation running throughout the festival at the Byre theatre. The poets were: Finola Scott, Catherine Eunson, Angela Topping, Helen Nicholson, Julia Prescott, Beth McDonough, Marilyn Ricci and Hanan Issa.